This work consists of five human bones cast in calcium that were placed in a metal tray filled with a mixture of soil, water and hydrochloric acid. The cast calcium objects dissolved when touching the hydrochloric acid due to the chemical process that it causes when an alkaline and an acid reacts. The reaction was both subtle and disturbing because of the bubbles that were created on the surface of the calcium touching the acid, the constant low buzzing sound and the smell of noxious vapour. The sculpture was placed in the middle of a dark attic right below the only window in the room which created a rather theatrical and dramatic atmosphere.

The sculpture was part of the group exhibition “For people who long to be somewhere else” which took place in an old chapel, Østre Kapel, in the graveyard, Vestre Kirkegård, in Copenhagen. Today it is no longer being used as a chapel, but during the World War II, dead German bodies were stored on the attic because no one knew if they were to be sent back to Germany after the war or if they should be burried in the churchyard in Vestre Kirkegård. 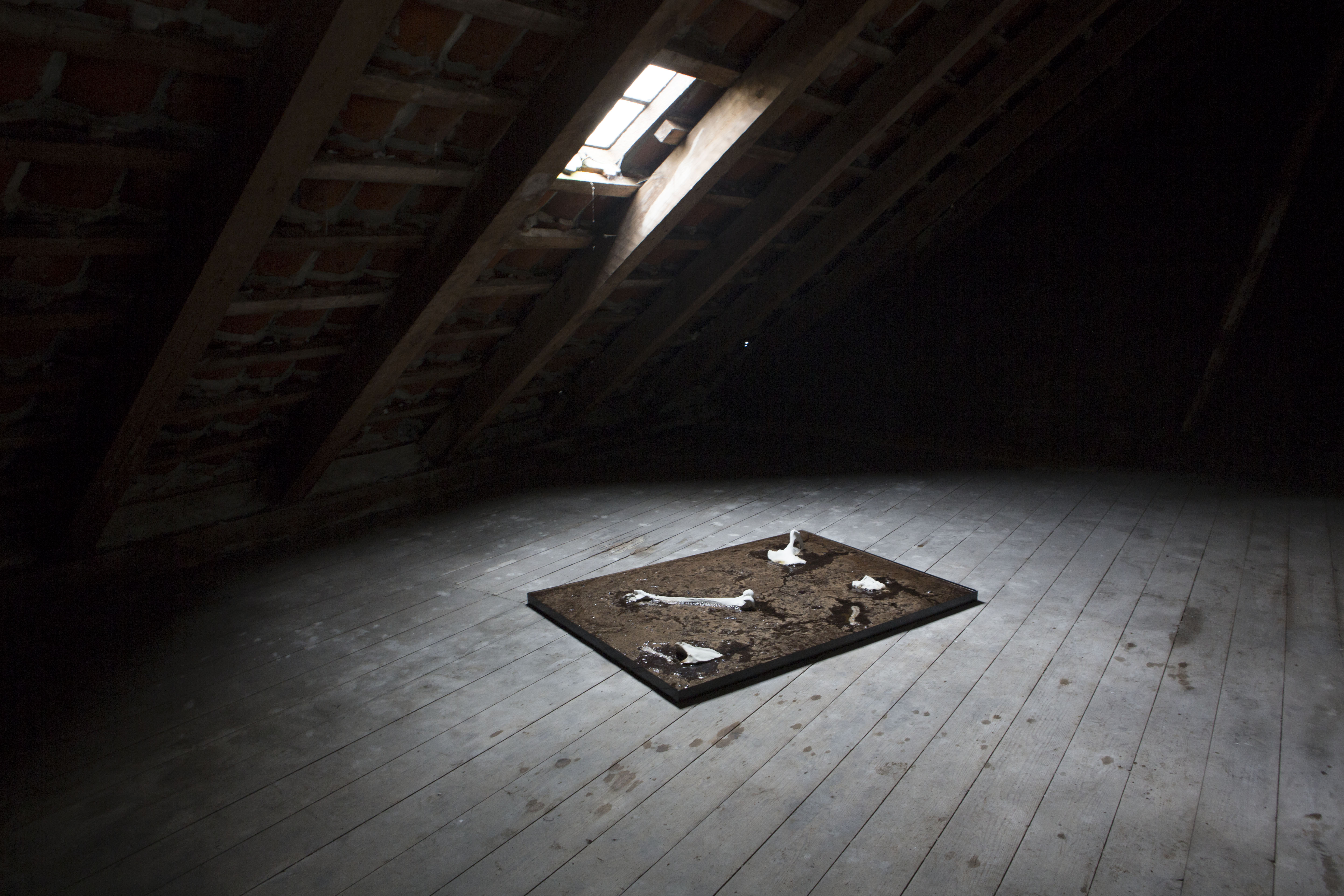 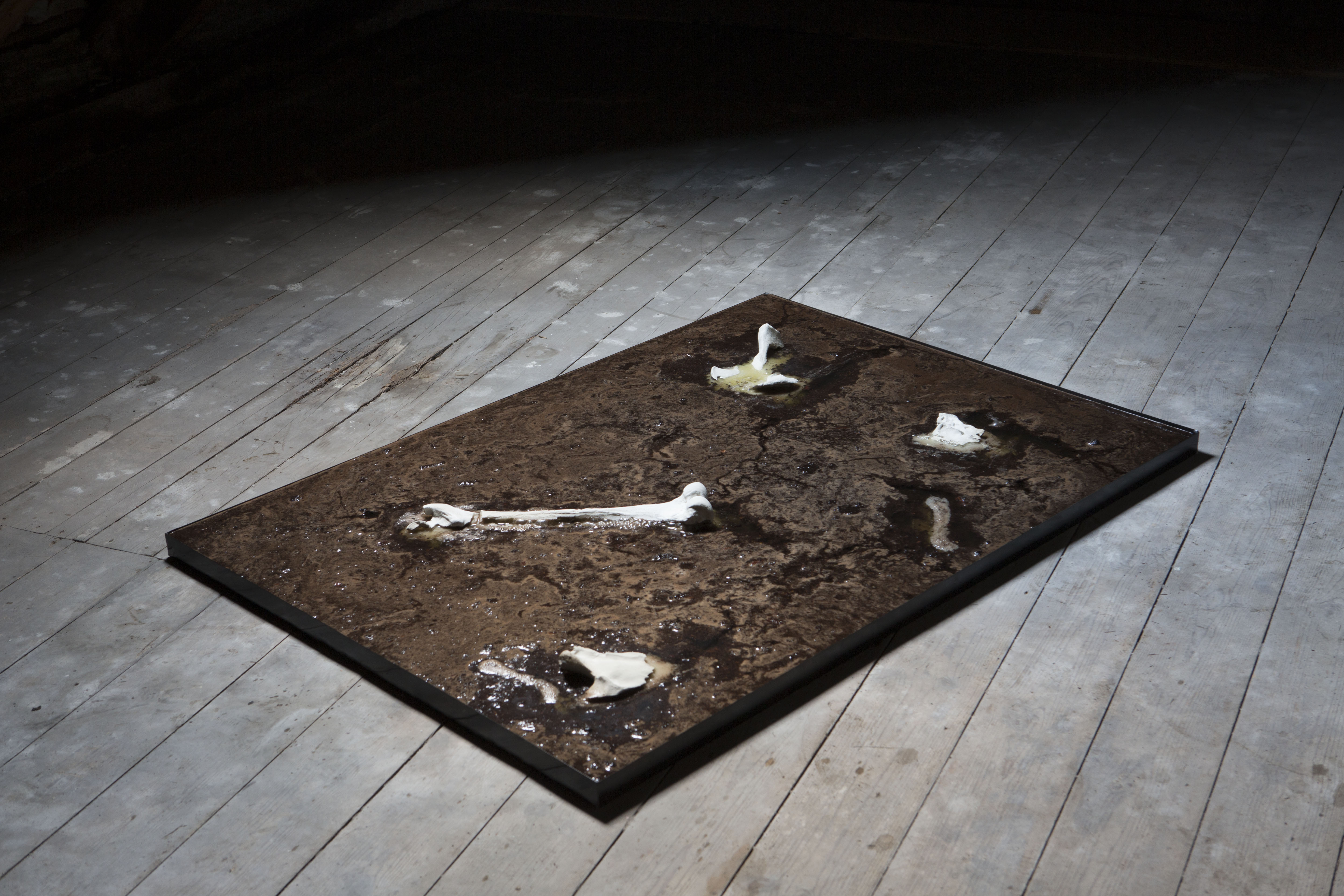 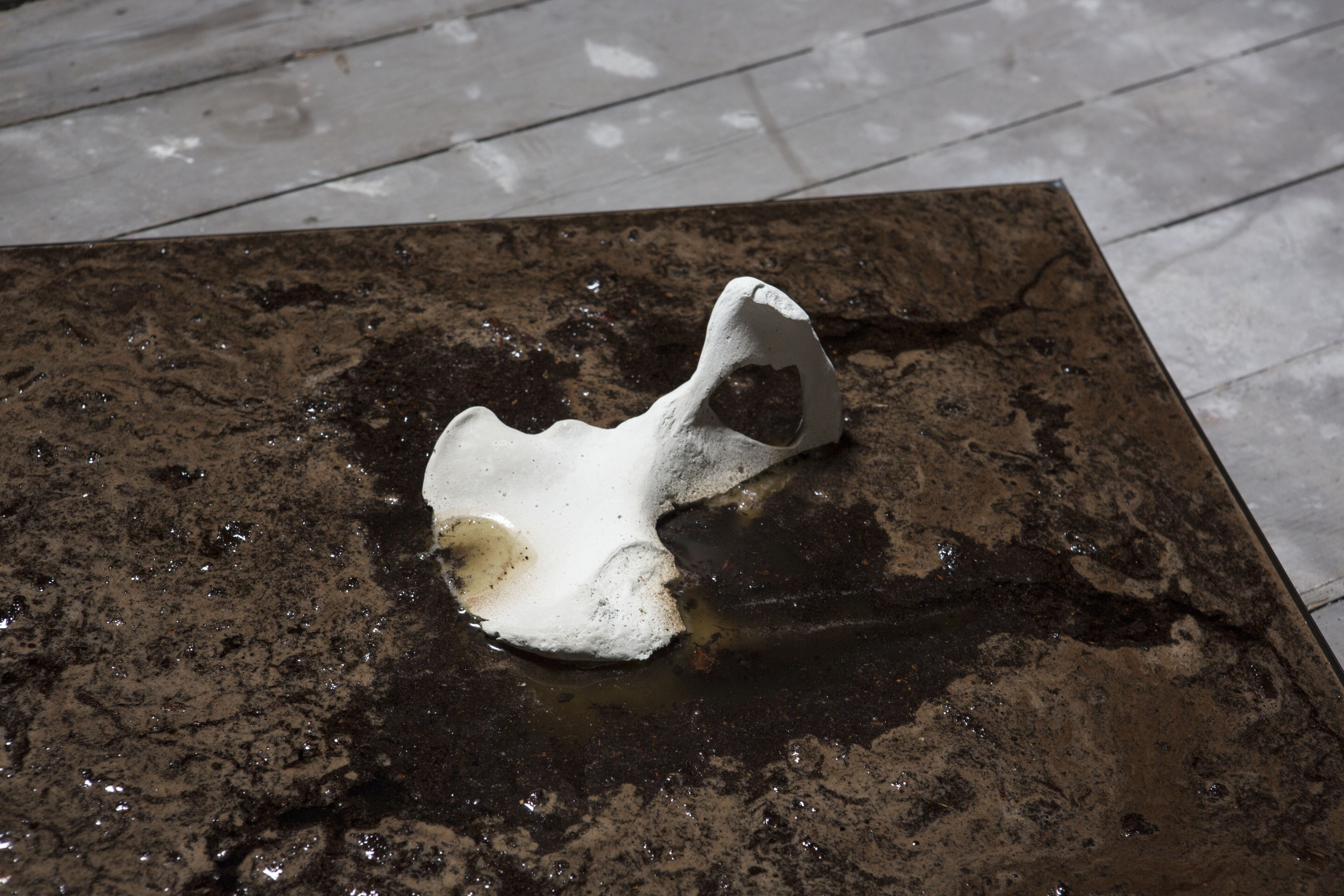 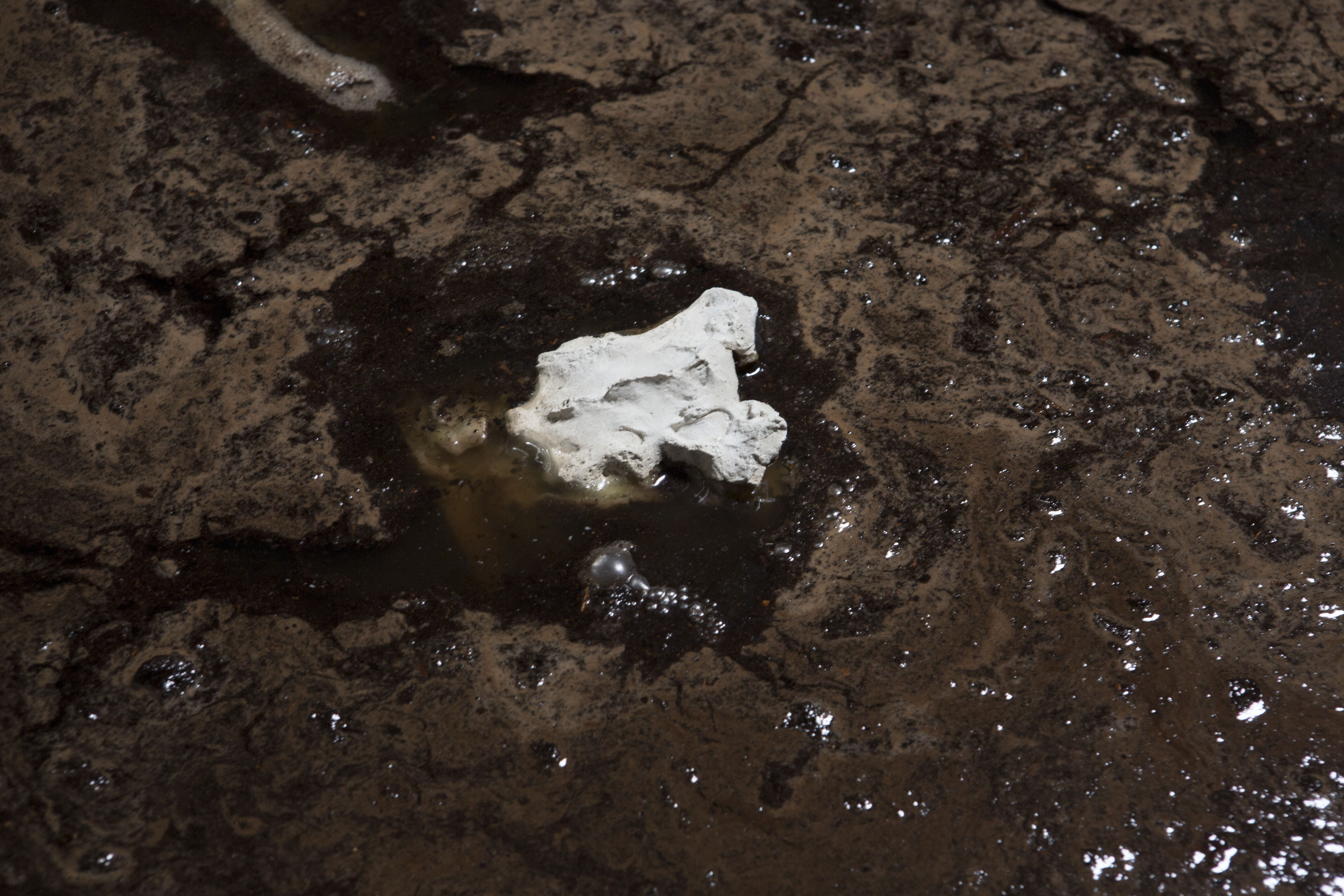 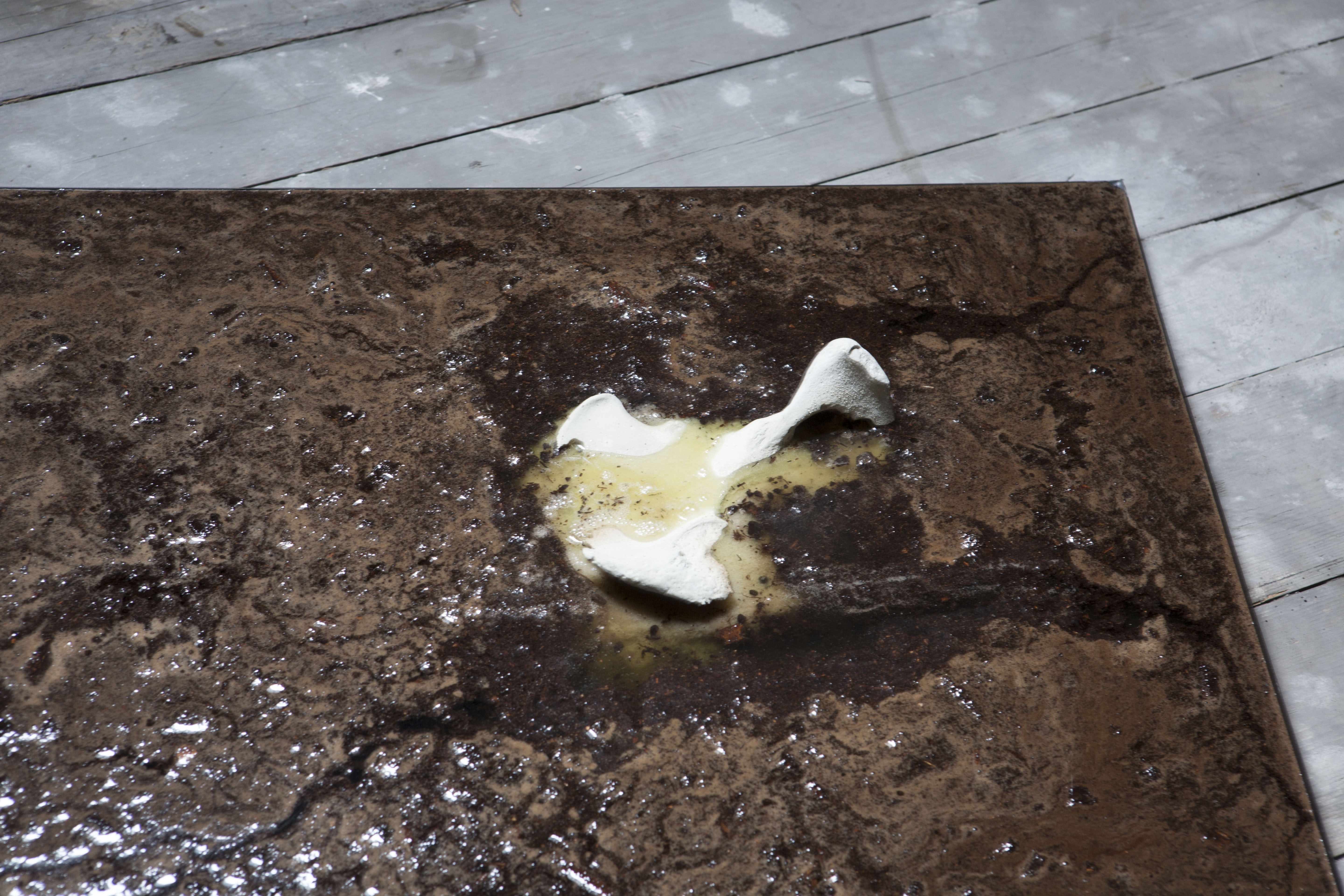 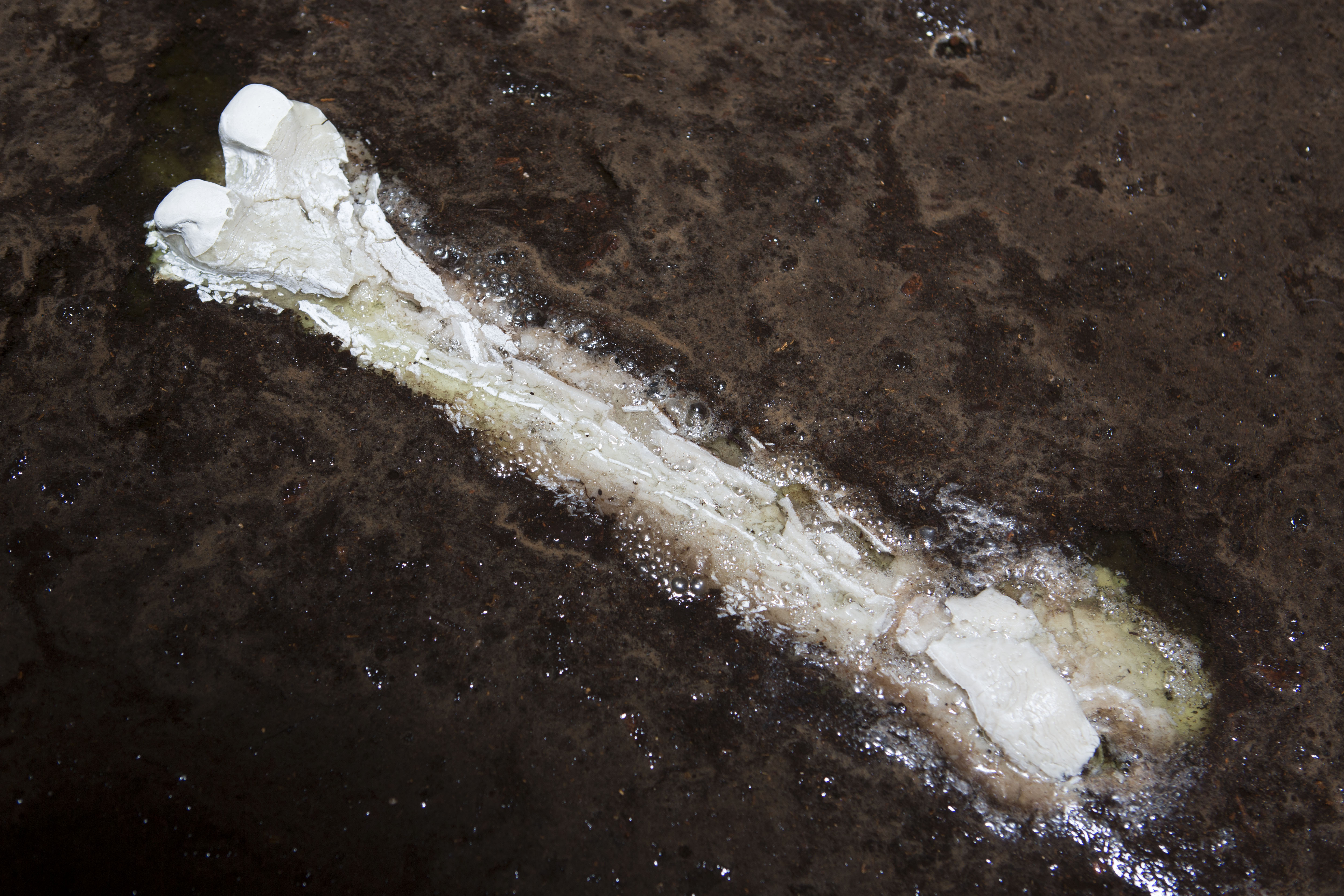