The cauliflower is cast in sugar and placed in an aquarium where it slowly dissolves. The aquarium is filled with water that is already mixed with sugar, which means that it takes a longer time for the cauliflower to dissolve than if it was only water. Every day during the exhibition period, which in this case was four days, a new cast was placed in the aquarium so the sugar concentration in the water would rise. It took about six hours for the first cauliflower to dissolve and twelve hours for the last one. 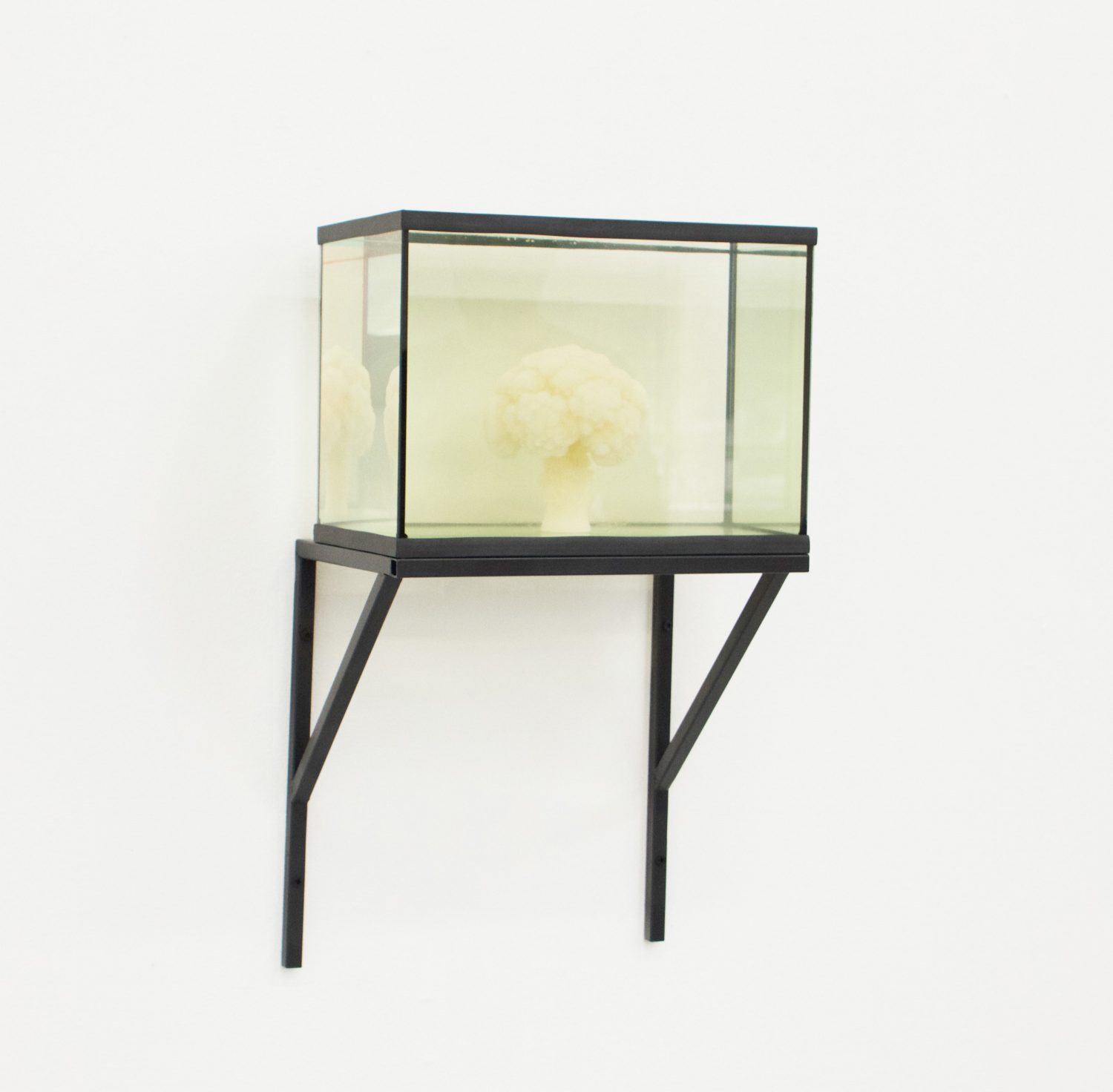 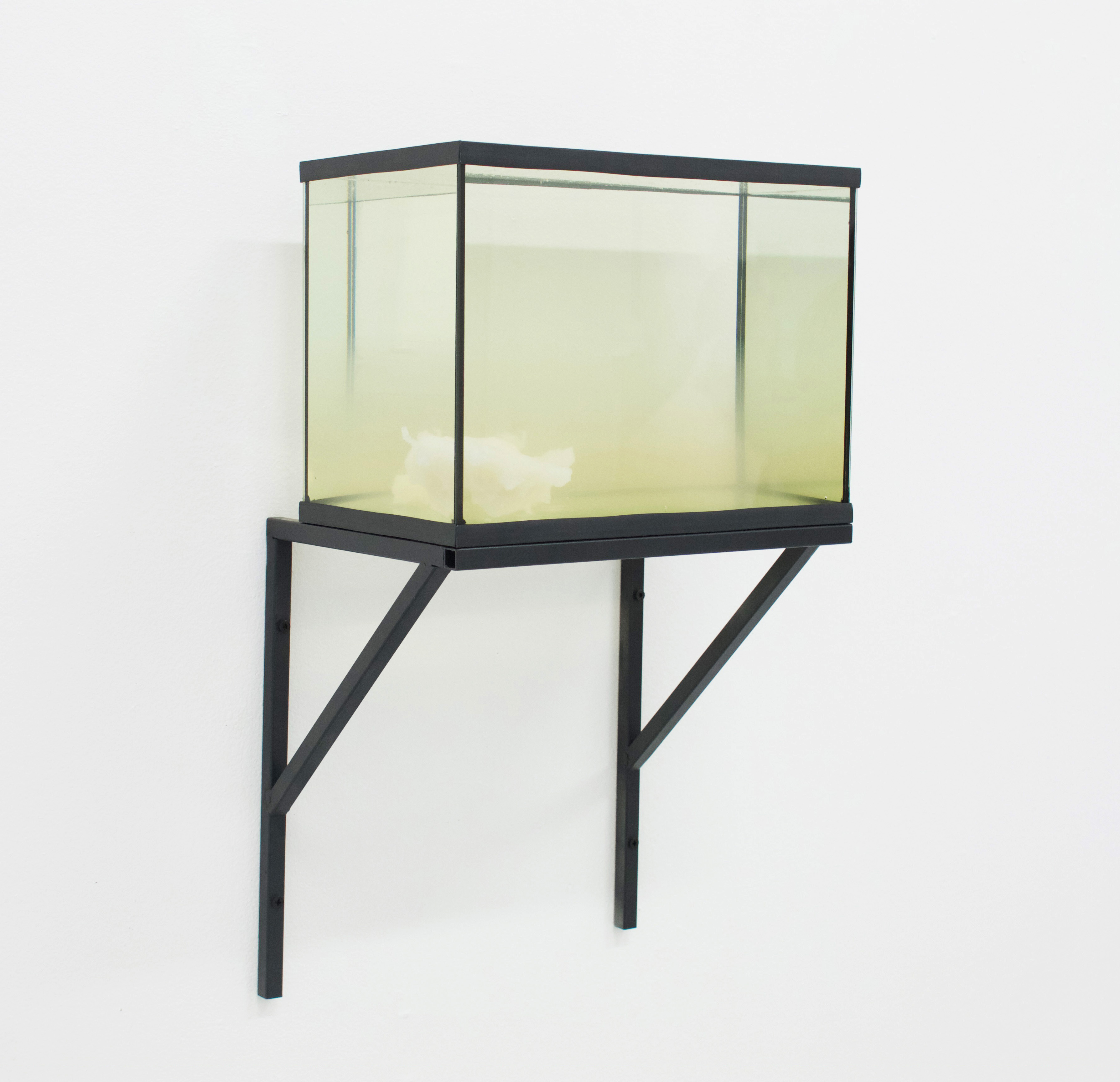 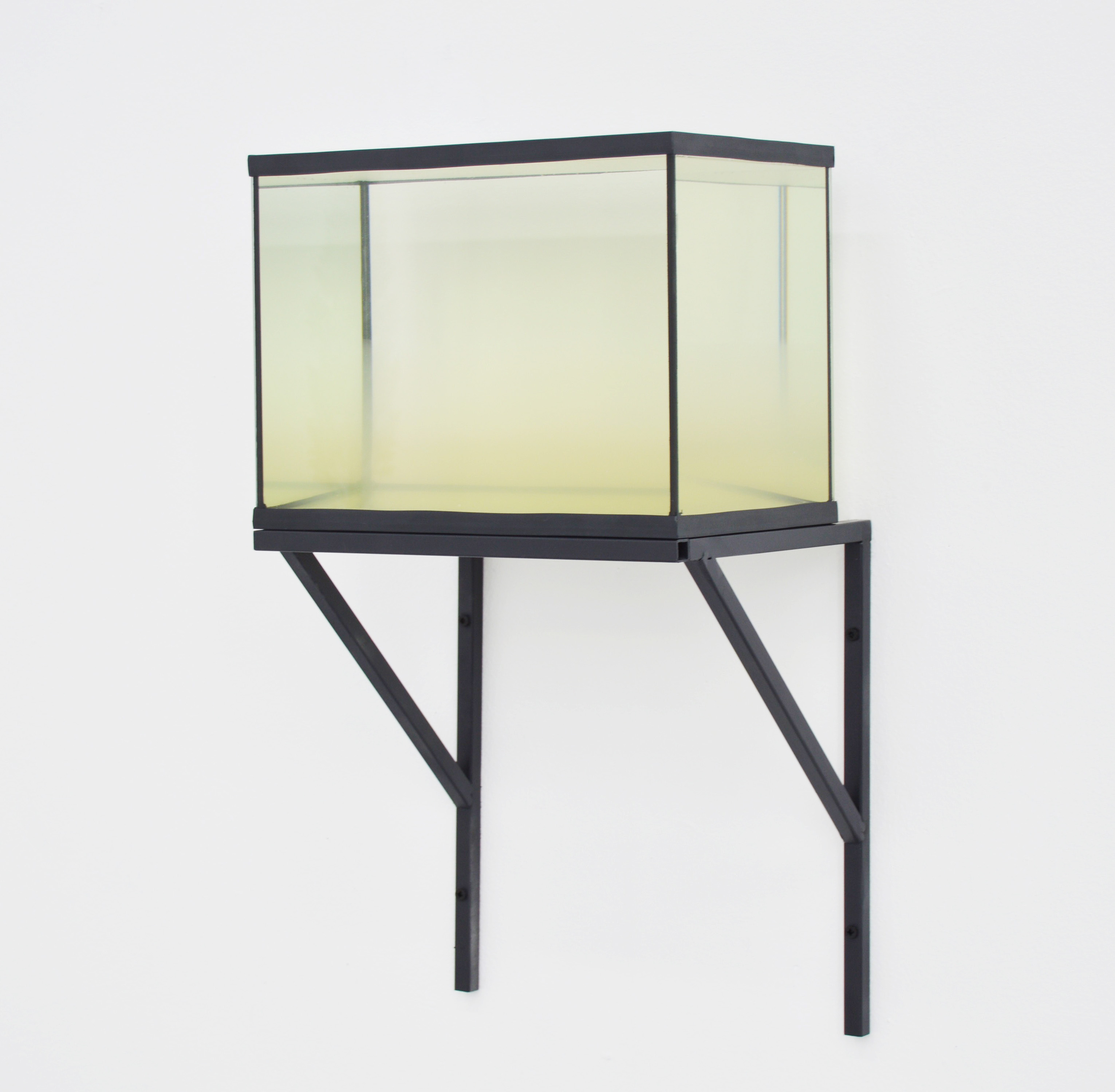 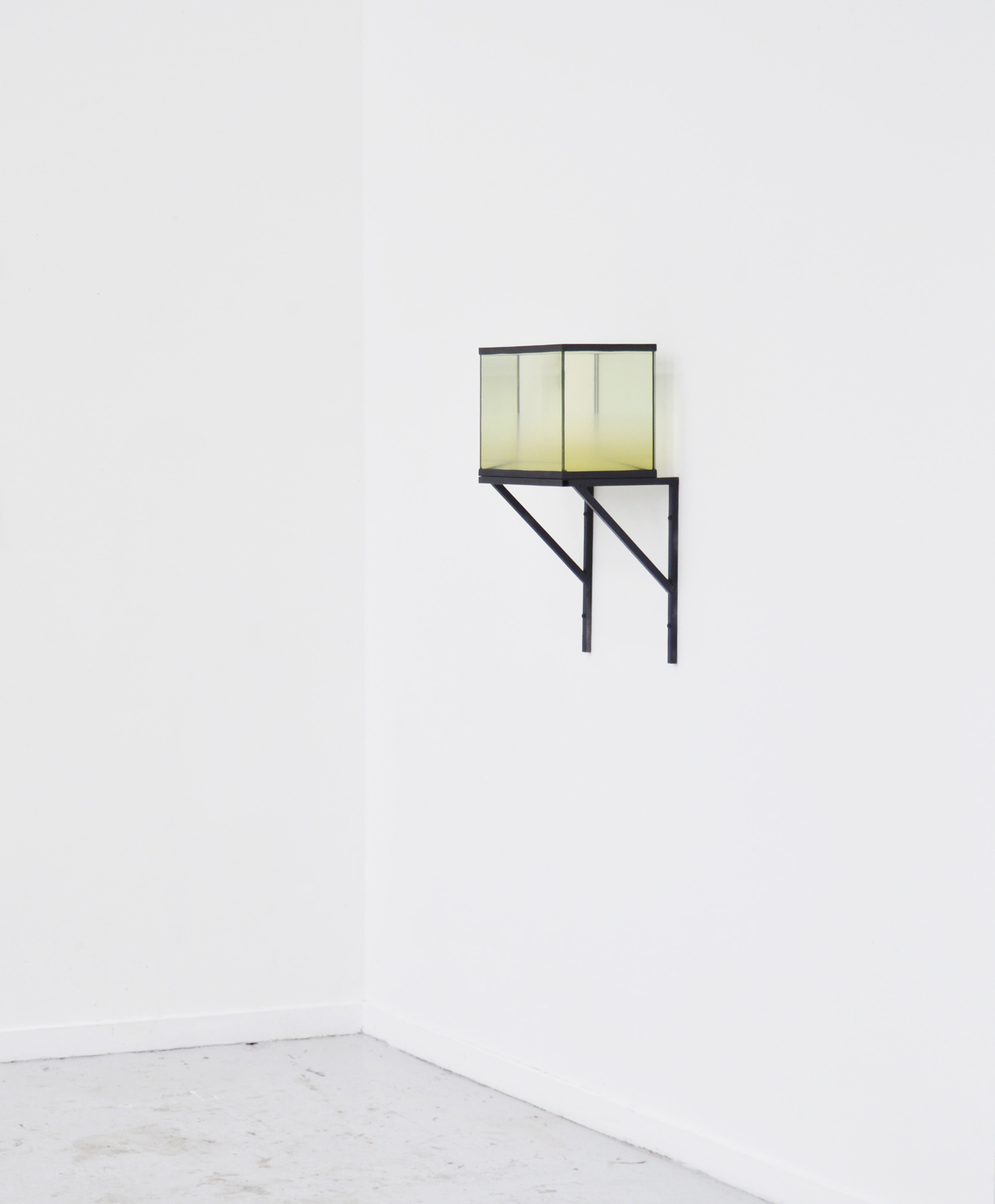