This installation consists of a plaster mould and three clay casts with plants growing in them, one of them still inside the mould. The plaster mould contains the negative space of a standard clay pot, and inside this empty space, the plant’s roots were spread out before fluid clay was poured into the mould. When dried, the cast is taken out of the mould together with the plant that is then attached at the bottom of the clay pot. 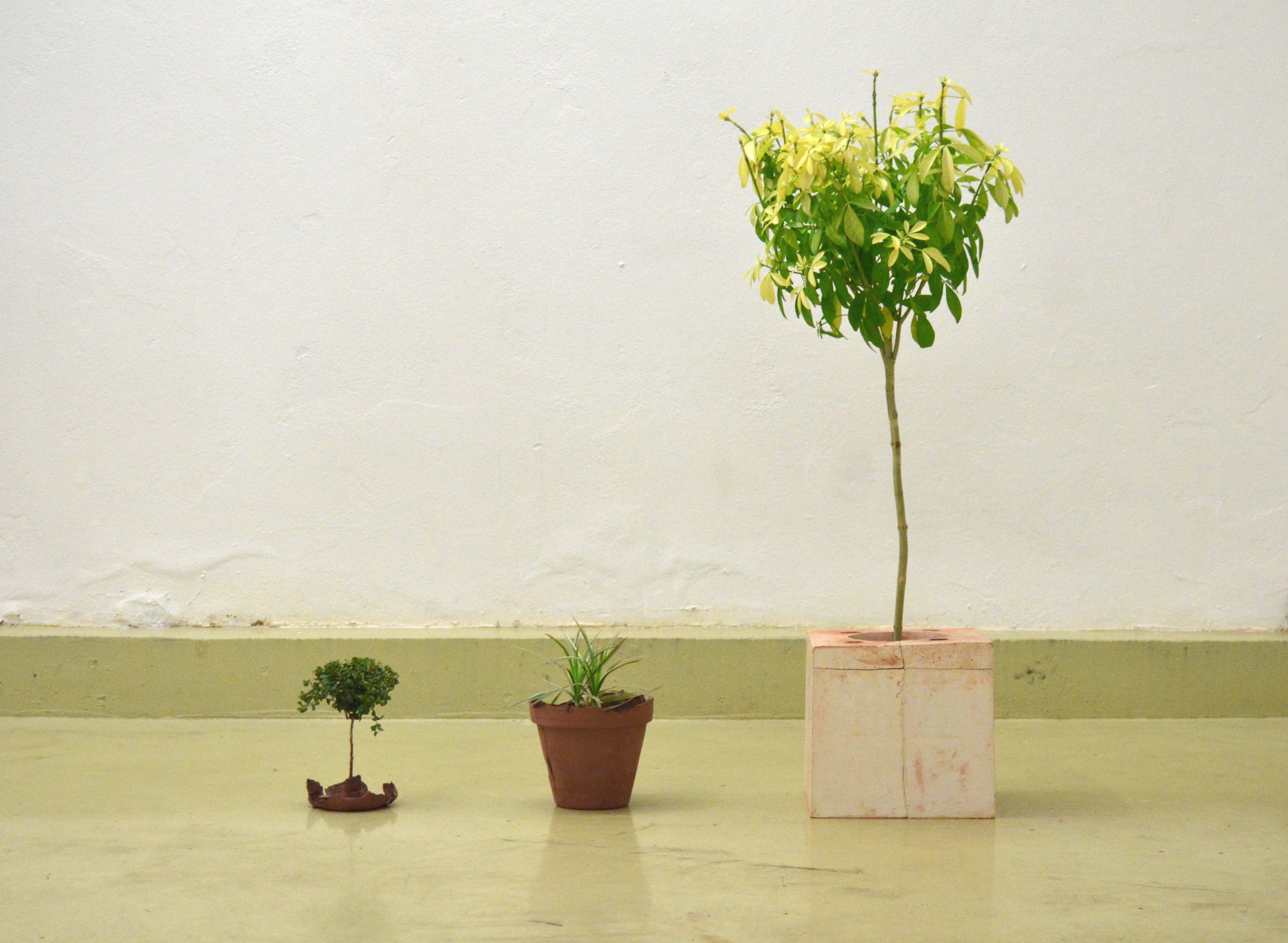 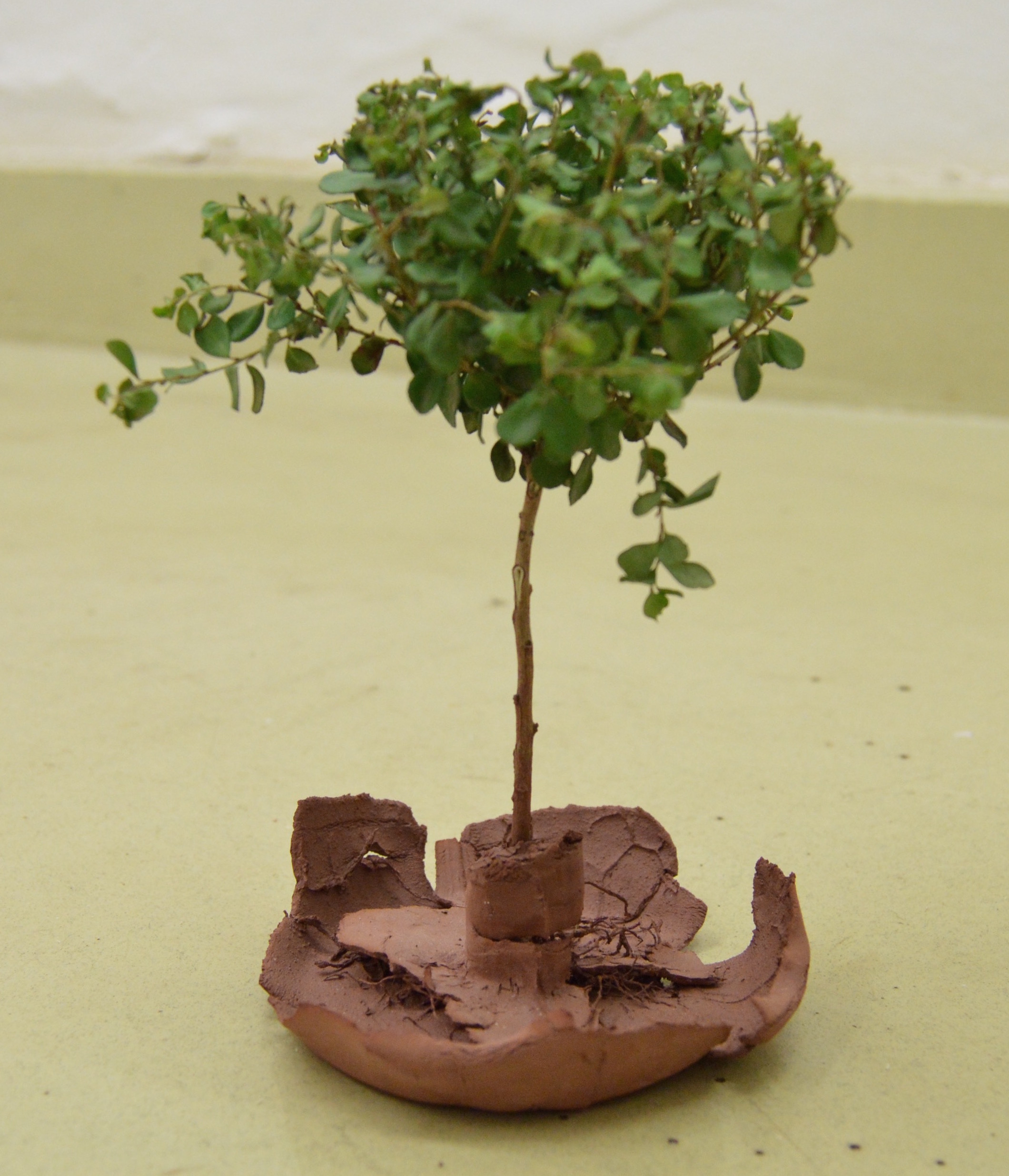 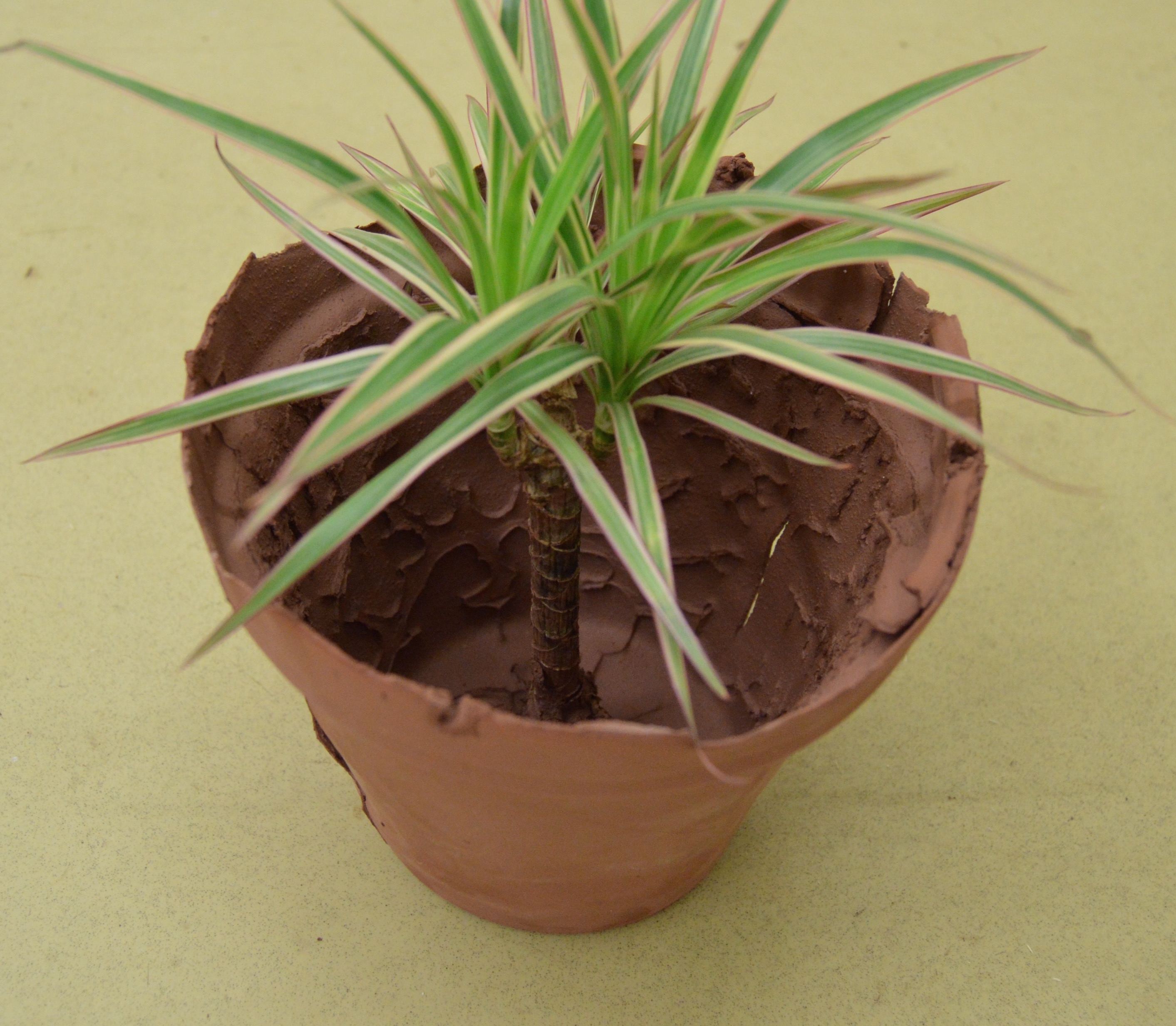 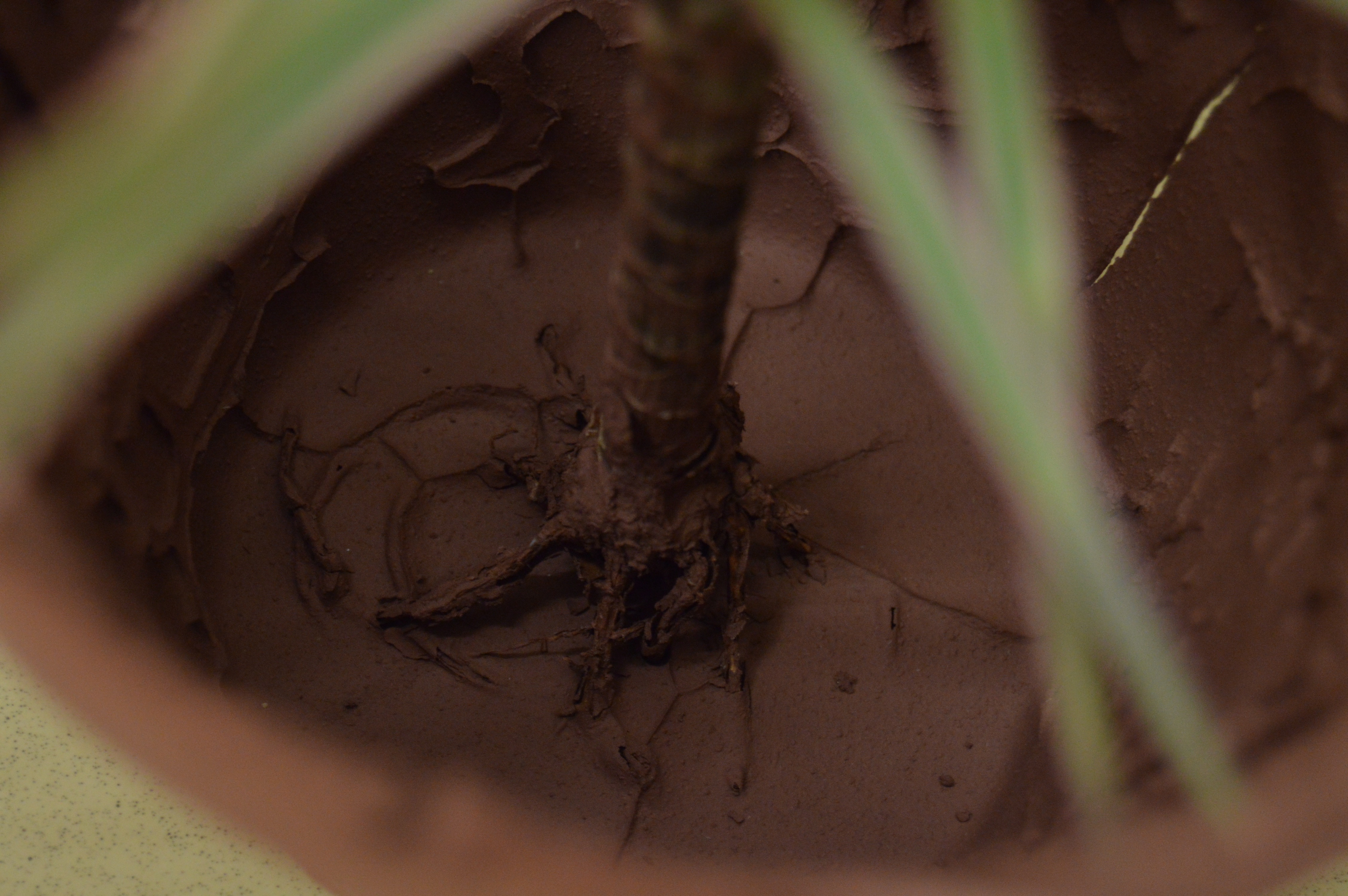