This installation is about transformation of potato, both as material and shape – a potato has been cast “back into its own shape”. Potatoes were grated in different roughnesses, then dried, some with lemon acid to keep the colour. The palette of coulors and textures were used to make different casting tests, adding gelatine as a binder. The point of the different material samples was to create a potato that looked almost exactly like a real potato. The best test result was chosen to cast the two “final” potatoes plus all three parts of the mold which had been used to cast the potato. 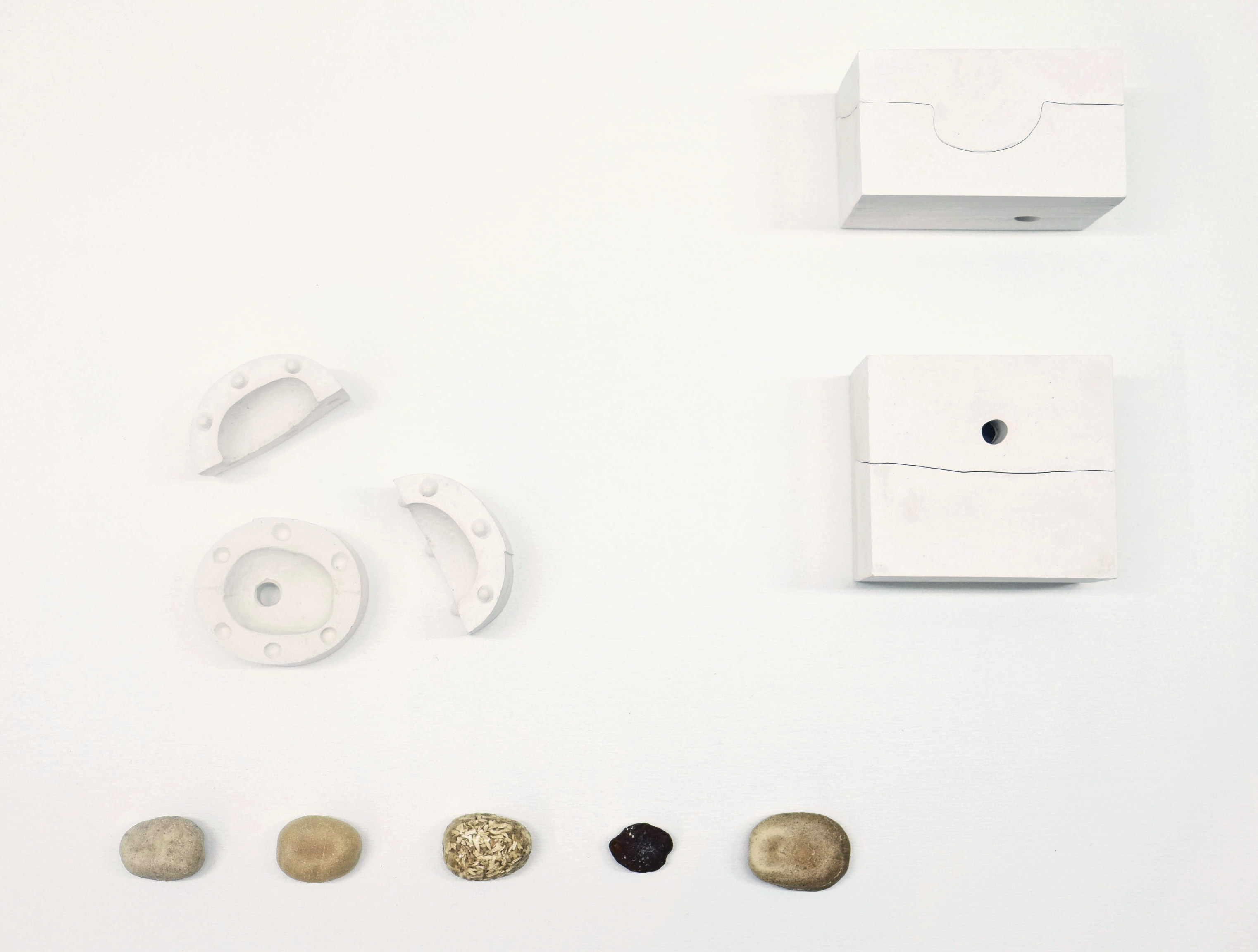 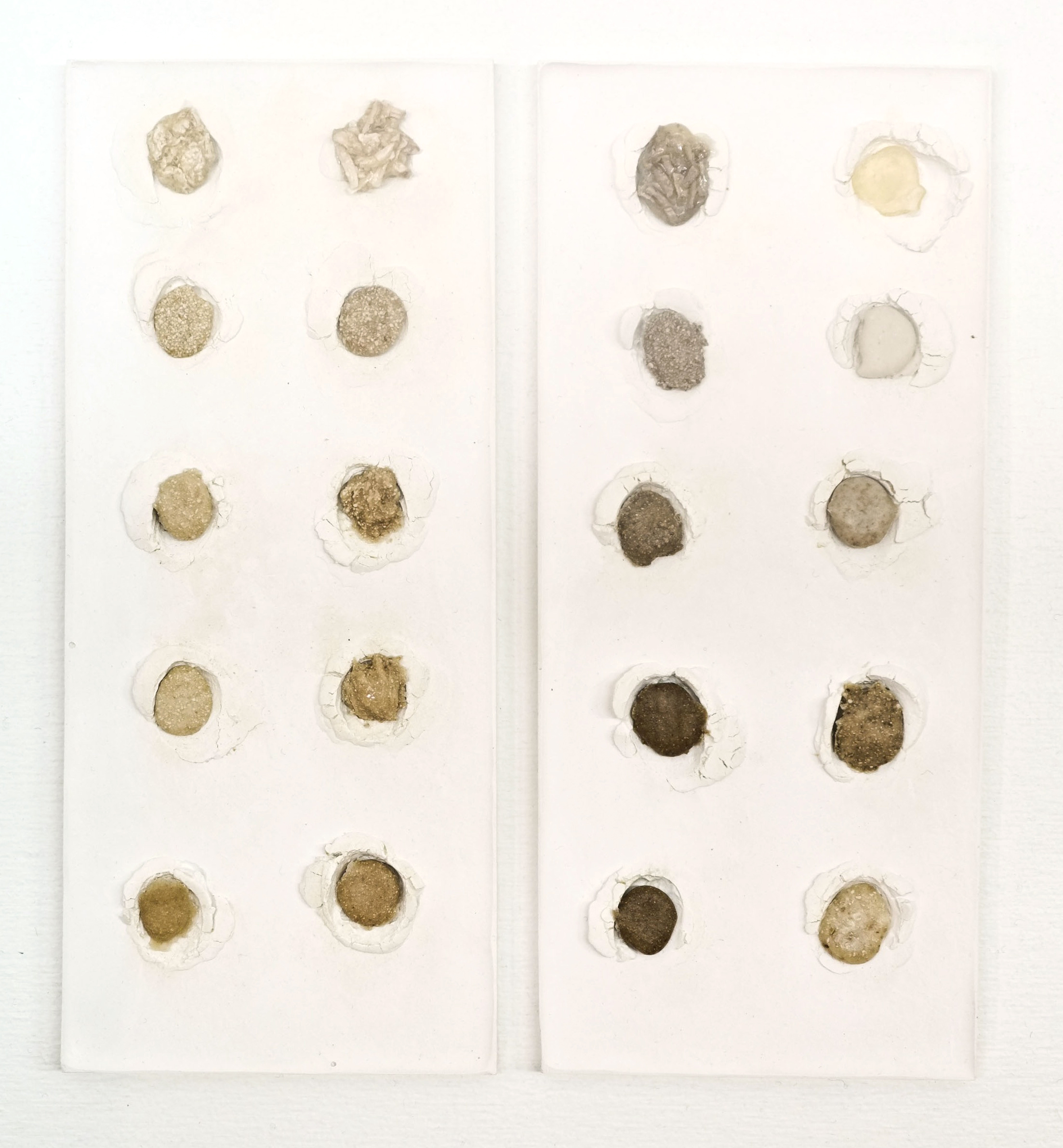 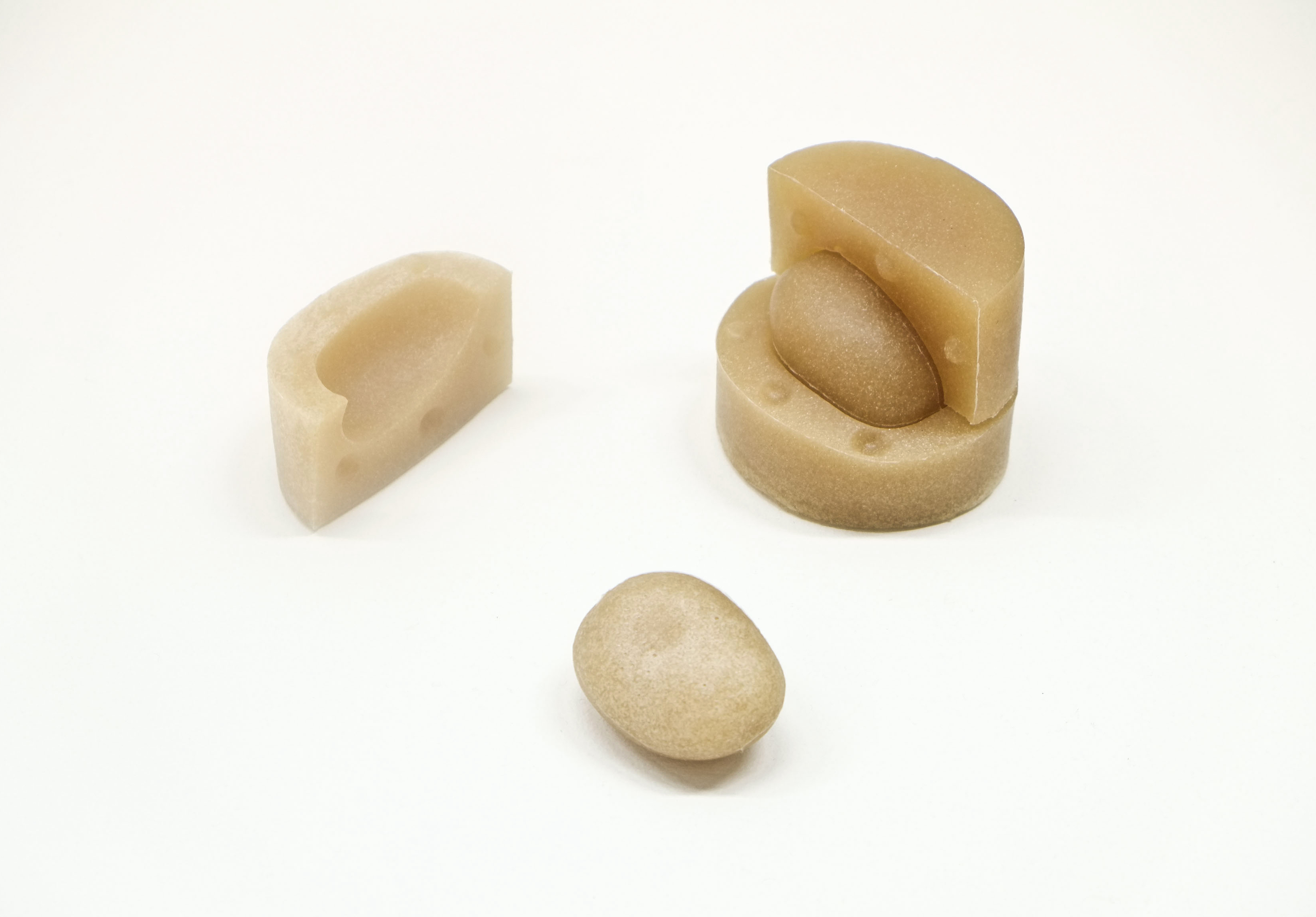